A few days ago, a stumbled across an amazing set of photographs too good not to re-share. Mike Jeays posted to one of the Ottawa history Facebook pages 30 photographs he took back in the mid-1980s when Beach Foundry was demolished, and Holland Cross was built in its place. The series of photos is essentially a time lapse journey over the period of approximately two years, of 1987 and 1988, showing the gradual construction of the condo and office towers. Mike worked for Stats Canada in the tall R.H. Coats building that overlooked the site, and had the foresight and dedication to take these photos. So all credit to today's post goes to him.

Built by Toronto developer Citicom, Holland Cross was a $80M project on the 8.4 acre site, which had been Beach Foundry all the way back to the 1920s. The build was originally to include 567 condominium units in two nine-story buildings and two 13-storey buildings (which were never built), two office towers totalling 200,000 square feet, a 100,000-square-foot indoor shopping mall, a two-level parking garage for 1,350 vehicles and a recreation centre. Units were originally advertised priced as from less than $60,000 to about $140,000. The first phase was complete by late summer of 1988. The townhomes did not come until the late 90's, finished by about 2001. I'm not sure why the two 13-storey buildings were not constructed, but for sure if this development had happened in 2018 instead of 1988, you would definitely see much higher towers, and more of them.

As always, click on one of the photos to bring up the enlarged gallery, which will allow for better scrolling. Note the resolution on the photos is rather low, that is how they were originally posted. 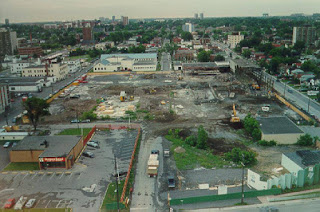 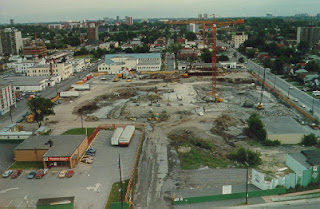 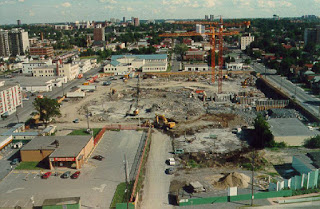 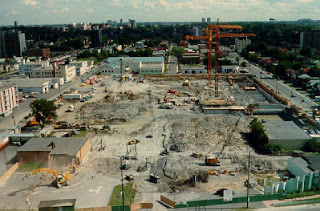 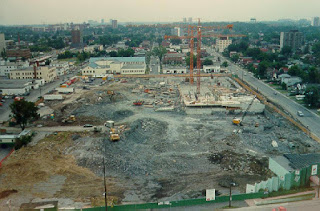 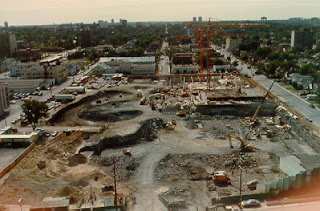 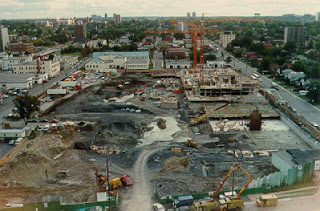 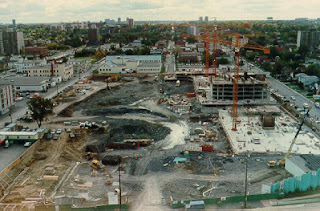 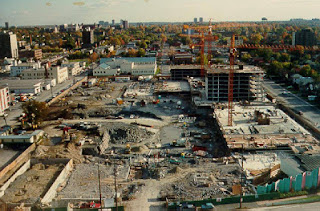 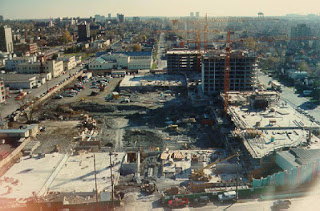 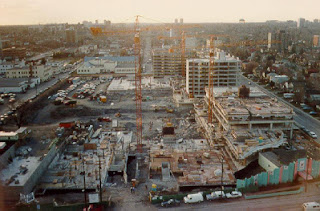 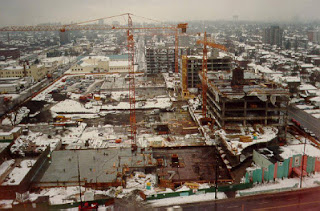 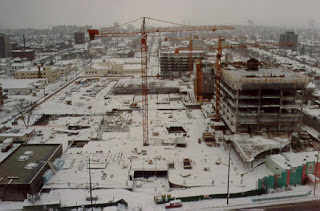 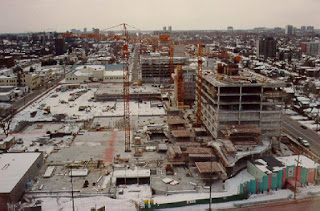 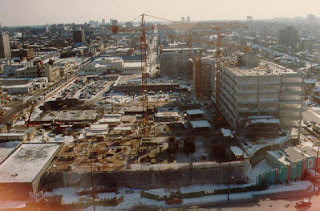 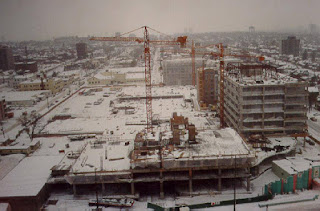 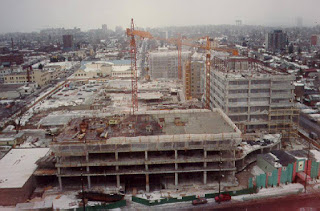 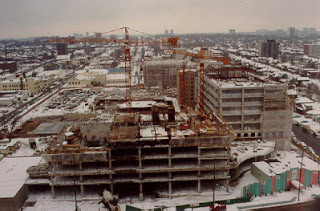 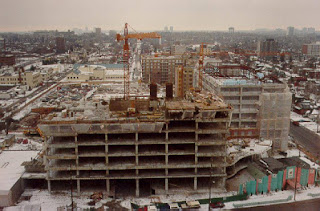 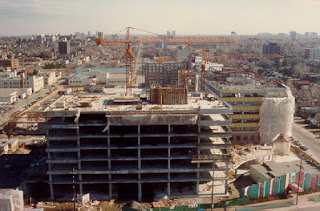 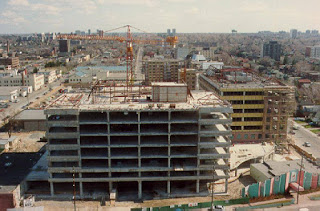 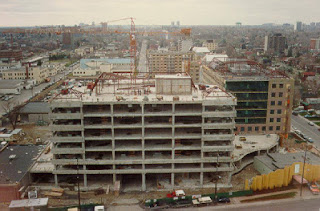 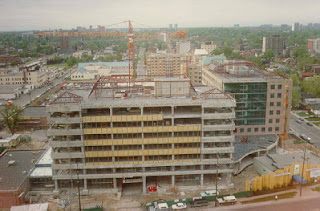 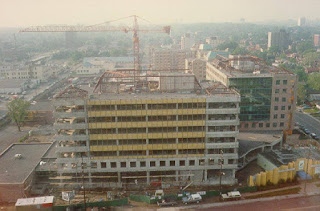 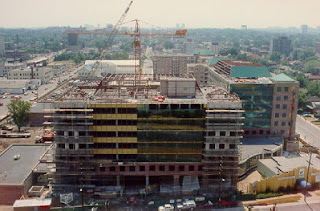 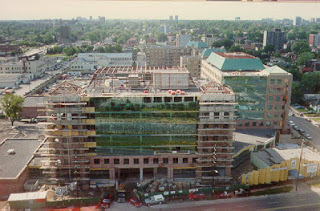 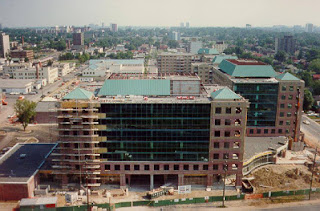 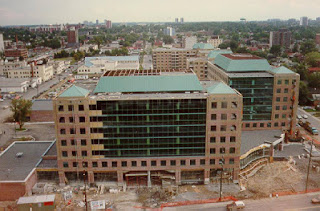 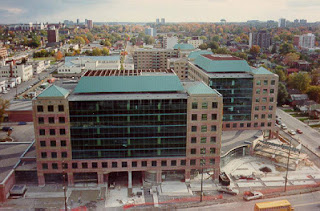 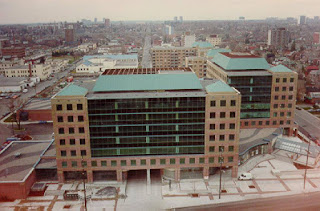 (Full credit on all photographs to Mr. Mike Jeays)
Posted by Dave Allston at 11:09 PM