I am pleased to be able to share an exciting series of home video footage of trains in and around Ottawa during the mid-late 1960s. Other than within limited railway circles, this is the first time all of this footage is being shared publicly.

My long-time neighbour on Gilchrist Avenue Bruce Chapman is one of the biggest railway aficionados in Ottawa. He worked the rails for many years, but he also had the incredible foresight to take video footage of trains throughout the 1960s. Not only this, but due to his position with CPR, he had the unique and rare opportunity to make several recordings from inside the front of a moving train as it travelled within Ottawa-Hull. So many of these clips start or end at fabled Union Station in downtown Ottawa, and also over the bridges to Hull, at old Ottawa West station (where Bayview station and Tom Brown Arena now stand), and all along the CPR lines.

I've been excited for some time to be able to share this footage, and I'm so happy Bruce has given me the green light to share it through the Kitchissippi Museum.

You may recall that earlier this year I shared a selection of clips that featured Kitchissippi itself - largely around Scott Street and Ottawa West station. Well these clips in some cases do show Kitchissippi, but they are the full clips, showing the trains travelling in and out of Union Station, and around the NCR.

As mentioned in the video details, there is no audio at all, the video was filmed without sound, as was common in the era.

The videos range from short 1 minute clips to as long as 9-10 minutes. I wrestled with the idea of combining them all in to one YouTube video, or splitting them by date and topic, and chose the latter, as I thought it would be less confusing. It's also fairly easy to flip from one video to another. 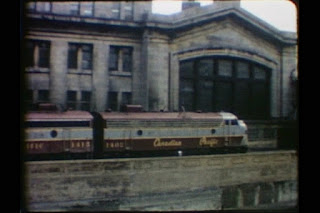 We are incredibly lucky that this footage was recorded and has survived, and I am happy to be able present it today. Check out my YouTube playlist for the Kitchissippi Museum at Kitchissippi Museum Playlist, or you can view all ten videos individually at the links below:

1967 return train trip Ottawa to Brockville from inside the engine! (24 minutes)
https://youtu.be/pKtn_L5iUJ4

A train ride from Union Station Ottawa to Bayview via Hull 1966 (8 minutes)
https://youtu.be/9S7W-vlB1YE

Another train ride from Union Station Ottawa to Bayview via Hull 1966 (8 minutes)
https://youtu.be/AoaqbE0X5fU

#4 'The Dominion' 1965-66 along Scott Street to Ottawa West and over Alexandra Bridge (3 minutes)
https://youtu.be/IIjwX0EBe3E 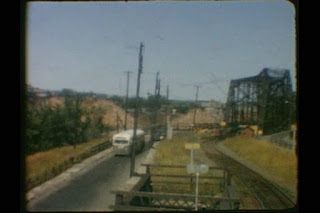 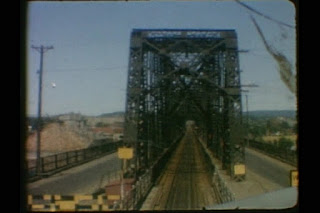 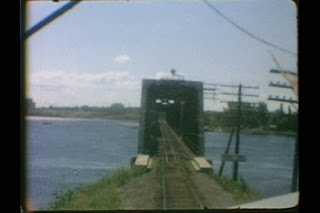 Posted by Dave Allston at 11:14 AM No comments:

My article in the November issue of the Kitchissippi Times focused on profiling Mr. Francis Holmes Gilchrist. He was one of Hintonburg's earliest merchants, served on its early village council, and who made significant contributions towards its growth. My street (Gilchrist Avenue) is named in his honour. The online edition of the story has a few extra photos and articles, so please check it out at: 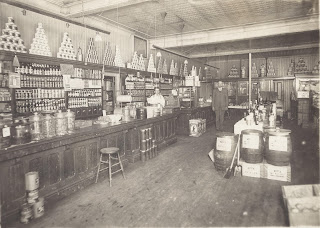 Posted by Dave Allston at 10:30 AM No comments:

It is 40 years ago this month that the community newspaper Newswest first launched. A small group of community members got together and put together a well-designed and well-run publication that brought together the neighbourhoods of Kitchissippi all in one. There had been a handful of short-run papers that had operated going back to the 1930s, but none had the staying power that Newswest ended up having. Running a local paper at any time is hard, often thankless work, and so it is all the more impressive that in the late 1970s, a group of regular citizens with little or no newspaper experience came together and made the community paper happen. For over 25 years, Newswest succeeded on its own, coming close on a few occasions to shutting down, but it never did. When the Kitchissippi Times arrived in 2003, Newswest was incorporated into the new paper, and it continues to this day, with its own editorial board, writers, content and mission.

I thought it would be fun to scan and upload my copy of the first ever issue of Newswest, from November of 1978. There is a lot to enjoy in these 16 pages - lots of photos, names from the past, businesses from the past, local history, and more. Shirley Shorter played a key role in bringing Newswest to life out of the ashes of the previous local paper, the Village Voice, and her fingerprints are all over this premiere issue of Newswest. Her emphasis on local history was a key part of Newswest during its first ten or so years, and she appropriately starts things off with an article on Maplelawn and the Cole and Thomson families. Newswest started off with definitely more of a Westboro/McKellar focus, but it would soon incorporate Hintonburg and Wellington Village as well.

So click this link to be taken back in time 40 years! Enjoy!

(Note: I did my best with scanning it as half-pages and photoshopping them together. It isn't perfect, but it's the best I could do without a ledger-sized scanner! So that's why the centres of some pages are a tiny bit askew)

New link below replaces the old one which no longer works!
https://issuu.com/daveallston/docs/newswestnov1978 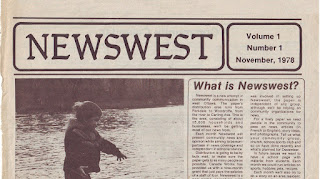 Posted by Dave Allston at 11:40 PM No comments: